A cast-iron skillet is a versatile and durable kitchen tool, but it does require some care and maintenance. One of the most important things to do is to season the skillet before using it. Seasoning helps to create a nonstick surface and prevents the iron from rusting. It also adds flavor to food, making it an essential step in preparing a cast-iron skillet for use. Seasoning is simple to do and only requires cooking oil and a little elbow grease. 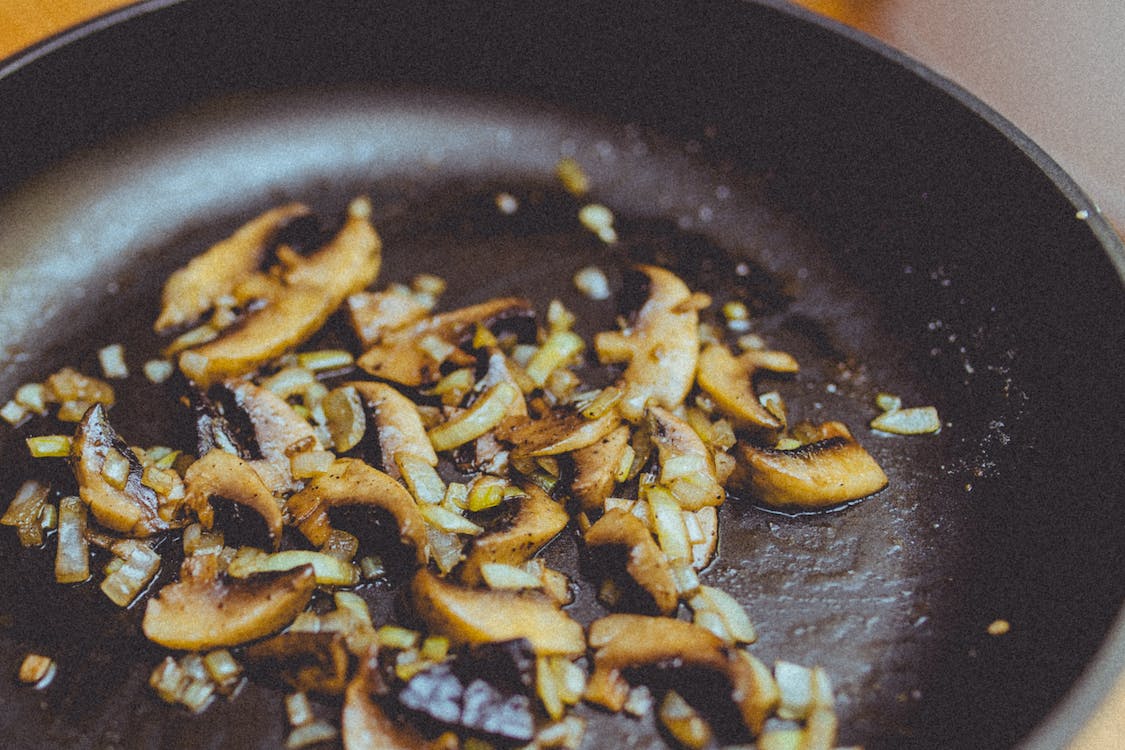 Seasoning your skillet is key to ensuring that your food doesn't stick, and it's a simple process that only takes a few minutes.

When seasoning a cast-iron skillet, the goal is to create a smooth, non-stick surface that will protect the pan from rust. The most important tool for seasoning a cast-iron skillet is high-quality cooking oil. Look for an oil with a high smoke point, such as canola oil or avocado oil. You will also need a lint-free cloth or paper towel for applying the oil. Finally, make sure you have access to an oven preheated to 350 degrees Fahrenheit. With these tools in hand, you're ready to season your cast-iron skillet and enjoy many years of delicious food.

Read on for instructions on how to season your cast-iron skillet!

1. Preheat the oven to 350 degrees Fahrenheit.

When it comes to cooking with a cast-iron skillet, there is one cardinal rule: always preheat the oven to 350 degrees Fahrenheit. This may seem like an arbitrary number, but there is actually science behind it. The key to seasoning a cast-iron skillet is to create an even layer of polymerized oil. This process begins when the oil is heated to its smoke point, which for most oils is between 350 and 375 degrees Fahrenheit. At this temperature, the oil breaks down into smaller molecules that bond together to form a polymer. As the skillet cools, this polymer forms a hard, durable coating that helps to protect the metal from rust and corrosion. Additionally, this coating prevents food from sticking to the skillet and makes cleanup a breeze. So whether you're seasoning a new skillet or simply giving an old one a refresher, be sure to preheat the oven to 350 degrees Fahrenheit for best results.

2. Place a sheet of aluminum foil on the bottom of the oven to catch any spills.

When it comes to cooking with cast iron, one of the most important things you can do is to season your skillet. This process helps to create a non-stick surface and also prevents rusting. While there are a few different ways to season a cast-iron skillet, one of the most effective methods is to place a sheet of aluminum foil on the bottom of the oven. This will help to catch any spills or drips during the seasoning process. In addition, the foil will reflect heat back up towards the skillet, helping to speed up the seasoning process. Seasoning your cast-iron skillet is an important step in keeping it in good condition, so be sure to use this method the next time you season your skillet.

3. Place the cast-iron skillet in the oven.

A cast-iron skillet is a kitchen staple that can be used to cook a variety of dishes. However, before it is used for the first time, the skillet must be seasoned. Seasoning the skillet helps to create a non-stick surface and prevents rust. To season a cast-iron skillet, it is important to place it in the oven. This helps to evenly distribute the heat, which is essential for creating a properly seasoned pan. Additionally, placing the skillet in the oven helps to prevent any smoke or fumes from entering the room. Seasoning a cast-iron skillet may seem like an extra step, but it is well worth the effort. A properly seasoned pan will last for years and make cooking a breeze.

4. Bake the skillet for one hour.

When you buy a new skillet, it is important to season it before using it. This will help to create a non-stick surface and prevent the skillet from rusting. Seasoning a skillet is easy to do and only requires a few simple ingredients. First, wash the skillet with soap and water to remove any oils or dirt. Next, dry the skillet thoroughly and rub it with vegetable oil. Finally, place the skillet in a preheated oven and bake it for one hour. This will help to lock in the oil and create a durable non-stick surface. Seasoning your skillet is an important step in taking care of your cookware, so be sure to do it when you get a new skillet.

5. Remove the skillet from the oven and allow it to cool.

When you remove the skillet from the oven, it is important to let it cool before attempting to clean it. If you try to clean the skillet while it is still hot, you run the risk of damaging the finish. Moreover, the heat can cause any residual moisture on the surface of the skillet to evaporate, making it more difficult to remove stubborn stains. By allowing the skillet to cool, you give yourself a chance to safely and effectively clean the pan without damaging it. In sum, it is important to let your skillet cool before cleaning it in order to preserve its lifespan.

A skillet is a vital kitchen tool that can be used for cooking a variety of foods. Whether you use it to fry up some eggs or to create a delicious stir-fry, it's important to keep your skillet clean. The best way to wash your skillet is with warm soapy water. Start by adding some dish soap to warm water and give the skillet a good scrub. Be sure to pay extra attention to the areas where food tends to get stuck. Once you've scrubbed the skillet clean, rinse it with warm water and dry it with a clean towel. By taking the time to wash your skillet after each use, you'll help keep it in good condition and ensure that it will last for years to come.

7. Dry the skillet with a clean towel.

Any good cook knows that a dry skillet is essential for successful cooking. Whether you're sauteing vegetables or frying up a batch of chicken, if your skillet is wet, the food will stick and it will be difficult to achieve the desired results. That's why it's important to always dry your skillet with a clean towel before you begin cooking. This will help to ensure that the food slides around easily and doesn't stick to the pan. In addition, it will also help to prevent burns, as wet surfaces can cause splattering. So next time you're ready to cook, make sure to dry your skillet first for the best results.

8. Place the skillet back in the oven and bake it for one hour.

A well-seasoned skillet is a kitchen staple that can be used for everything from frying eggs to searing steak. The process of seasoning a skillet is simple, but it does require some patience. First, the skillet must be heated in the oven until it is hot enough to cause a drop of water to sizzle and evaporate on contact. Next, a thin layer of oil is added to the skillet and rubbed over the entire surface. The skillet is then placed back in the oven and baked for one hour. After this time, the skillet should be allowed to cool completely before being used. Seasoning a skillet may seem like an extra step, but it will help to create a non-stick surface that will make cooking easier and cleanup a breeze.

9. Remove the skillet from the oven and allow it to cool.

After you've prepared your delicious meal, it's important to properly season your skillet before storing it away. This will help to prevent rust and ensure that your skillet remains in good condition. First, remove the skillet from the oven and allow it to cool. Then, rub a light layer of vegetable oil or shortening into the surface of the skillet. Finally, wipe away any excess oil with a clean cloth or paper towel. Once you've seasoned your skillet, it's ready to be used again. Seasoning your skillet regularly will help to extend its lifespan and keep it looking new.

Before using a cast-iron skillet for the first time, it's important to apply a coat of oil. This will help to season the pan and prevent rust. To do this, simply rub a thin layer of oil onto the surface of the pan with a clean cloth. Then, place the pan in a preheated oven and bake for 1-2 hours. Once the time is up, allow the pan to cool before using it. With proper care, your cast iron skillet will last for many years to come.

Seasoning your skillet is a quick and easy way to make sure that your food doesn't stick. By following these simple steps, you'll be able to create perfectly cooked meals without any hassles. Have you tried seasoning your skillet? What are some of your favorite recipes for cooking in a well-seasoned pan?

Make sure to visit our catalog!

Don't Take Our Word For it! Here's What Our Customers Think:

I love it and when the time comes, I will definitely buy this product again!

These oils are awesome. They have a strong scent and have real lasting power. I love each scent and use them all of the time